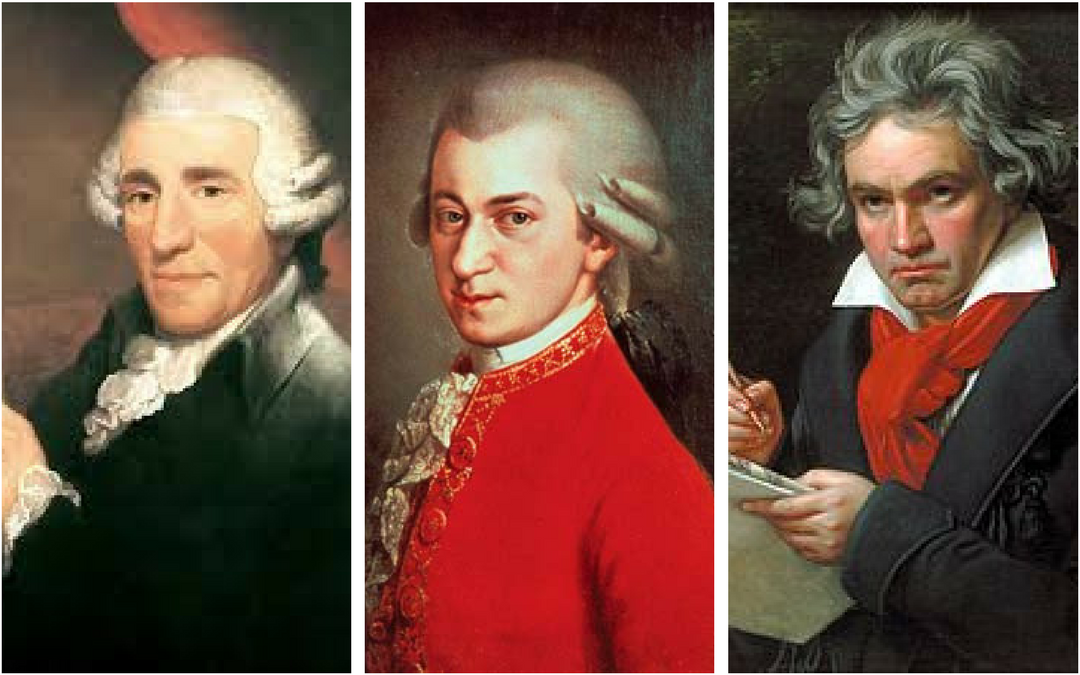 We talk about Classical music all the time at Resonance School, but what does that really mean? The term “Classical “actually refers to an era in music, roughly spanning the 18th century, that was distinct from the music styles both before and after. The 17th century was the Baroque period, characterized by heavy, ornamental and serious music. For lack of a better word lets call it “Fancy Music.”  Simply put composers used much more complex themes and structures and music was for the most part for the wealthy aristocrats. The 19th century was the Romantic period, defined by dramatic, awe-inspiring melodies and greater public access to music.  The Classical era was the bridge spanning these two, during which many of our modern conceptions of symphonic music were established.

The Classical Era is characterized by its structure. The melodies are usually simplified and supported by the moving harmony. Fast playing is highlighted in this style and gave way to virtuoso players of the Romantic Era. It was also an era of great musical instrument improvements such as the modern piano. New improvements and instruments meant composers had more tools to use when writing music. The innovation during the era helped composers create the newest forms of the time such as the modern symphony, string quartets, and piano sonatas. It was also the first time we started to see the creation of German opera.

However, the Classical movement in music didn’t simply happen. To truly understand classical music, we have to go back in time to 18th century Vienna, Austria which was the center of the musical world. It was largely thanks to a series of composers who all knew each other and even taught each other.  Music historians call these composers the First Viennese School, which is made up of such famous names as Beethoven, Mozart, and Haydn. The term is generally used to denote a period in music history, during which Classical music was truly established and refined. These three amazing composers not only invented a style but also reinvented who would be able to hear the music.